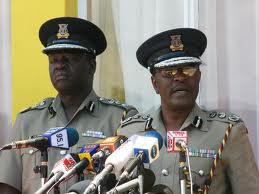 The Kenyan media has come under criticism following its coverage of the 21st September Westgate tragedy in Nairobi.

These criticisms seems to have converged around the coverage by two journalists from a renowned media house in Kenya.

The investigative report by these journalists allege disarray and looting among security forces during the Westgate siege. Their report has caused speculations among Kenyans and outrage within the Kenya police force.

The report, which showed soldiers in possession of white plastic bags, has raised a lot of questions and speculations among the Kenyan people and global media.

Numerous business owners told the press that they had successfully locked their premises before their escape from the mall. Upon their return, they allegedly found their shops ransacked with numerous valuables missing. The expose also alleged the escape of four terrorists after the massacre of 67 people in the recent attack. However, Julius Karangi, the Chief of the Kenya Defence Forces, refuted the allegations, stating that the soldiers in the footage were merely carrying water bottles in the plastic bags.

The footage also showed the soldiers seemingly ransacking drawers and safes. In response to this allegation, Julius Karangi explained that the soldiers were performing a “sanitization exercise” to ensure safety. Following the expose, the Inspector General ordered the journalists to report to the Criminal Investigations Department for questioning. Mr. Kimaiyo further claimed that the expose generated incitement and provoked propaganda.

Nevertheless, Kimaiyo’s directive has drawn sharp criticism from foreign diplomats, the Media Council of Kenya, the Editors’ Guild, among other parties. Rights groups that claim it is an infringement of the freedom of expression have since criticized the move by the Inspector General. Similarly, the Editors’ Guild has expressed dismay following the threats against the media in relation to their coverage of the Westgate attack.

The Editor’s Guild further added that the threats were unacceptable and contradicted the constitutional provisions on media freedom. On the same note, the editors challenged Kimaiyo to prove the allegations and explain the reason behind the harassment of journalists. The Guild has since advised the journalists against appearing before the Criminal Investigations Department for interrogation.

The editors also issued a statement requesting the Interior ministry and the Police offer timely and precise information regarding the various outstanding queries arising from the Westgate attack. They added that the media would continue in its endeavors to uncover the truth and disclose it to the public. The Media Council of Kenya (MCK) is equally dismayed at the turn of events. Joseph Odindo, MCK’s chairman, pointed out that the police abused their power in this instance.

He further stated that the complaints commission typically handles disputes concerning media coverage and journalists’ conduct rather than the police. Meanwhile, the journalists have since maintained that their coverage was factual and accurate. The nation continues to mourn in the hope that relevant parties will provide information that will result in a better understanding of what  actually transpired during the Westgate tragedy.