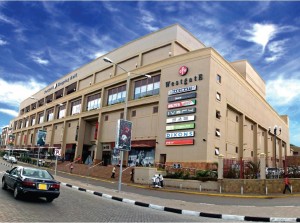 Several sources have confirmed that the Israeli government through its Embassy in Nairobi warned Kenyan security forces of possible attacks against Israeli nationals in Kenya this month.

On Saturday officials revealed that Kenyan security forces and several ministers had received warnings of a possible attack by Islamic militants prior to the attack on the Westgate mall on 21st September. The mall is reported to be partly owned by an Israeli national in Kenya, Alex Trajtenberg.

In a letter dated September 3rd from the Israeli ambassador in Kenya to the head of the Kenyan Police Force, David Kimaiyo, Gil Haskel, Israel’s ambassador said Islamist militants are known to target Israeli citizens abroad during Jewish holidays. He therefore called on the Kenyan government to be extra alert and pay close attention to “unusual activities that can be classified as suspicious.” There are about 7 official Jewish holidays in the month of September.

An intelligence report belonging to the Kenyan National Security Service (NIS) which was leaked in Kenyan newspapers revealed that Israeli security forces had raised concerned over Lebanon, Iran and Hezbollah’s activities. The report said Lebanon, Iran and Hezbollah had “been collecting operational intelligence and open interests in Israeli and Jewish targets around the world, including Kenya.” The report also talked of an impending simultaneous attack on Nairobi and Mombasa between 13th to 20th September.

Kenya, along with Ethiopia and Eritrea are Israel’s three key allies in the eastern region of Africa. As terrorism and religious-driven attacks continues to spread in this region where Israel has several economic interests, the country has been increasingly assisting the security forces of these countries deal with this threat.

In an NIS report sent out to security agencies across Kenya, the NIS personally identified some suspected Al Shabab militants it claimed were planning to attack the Westgate Mall and Holy Family Basilica. The suspects named were Sheikh Abdiwelli Mohamed, Sheikh Husein and Sheikh Hassan. It is not clear whether these suspects have been arrested or if they were indeed part of the Westgate attackers.

There are many questions surrounding the attack and the response of the Kenyan security forces. Many claim they were ill prepared for the task. The Kenyan parliament has summoned the head of the NIS, Michael Gichangi, to answer questions about the attack today.

Security officials described the Kenyan forces’ response to the attack as casual. Several officials have blamed security officers for their characteristic lacklustre nature of reacting to threats as being the main cause of the security breach that allowed the Westgate attack to be planned and executed successfully. “They must learn a lesson from this and start to take matters seriously,” one official cautioned.