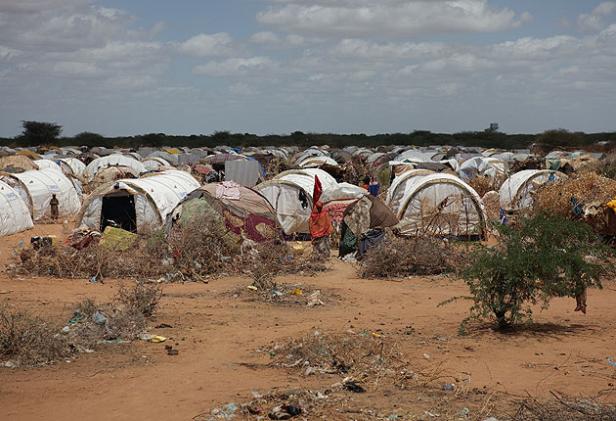 Kenya’s High Court on Friday, stopped a government plan to relocate 55,000 mostly Somali refugees from the capital, Nairobi, and other cities to camps, Human Rights Watch said. Such relocation would be a violation of refugees’ dignity and free movement rights, and might force them back to Somalia, said the court. It also said the authorities had been unable to prove how the move would improve national security, following a series of grenade and other attacks in Kenya by unidentified people.

Police subjected Somali and Ethiopian refugees and asylum seekers in Nairobi to 10 weeks of abuse– including torture and rape – in late 2012 and early 2013. The police referred to the refugees as “terrorists” and said they should move to the camps.

“The court’s judgment is a welcome reprieve for Kenya’s 55,000 urban refugees and a reminder that the authorities can’t just walk all over refugees’ rights,” said Gerry Simpson, senior refugee researcher at Human Rights Watch. “The court’s decision should send a strong message to the authorities that the recent violence and threats against Nairobi’s refugees should end.”

Government authorities should protect refugees in Nairobi, allow the UN and refugee groups to assist them, and urgently investigate police officers responsible for the appalling abuses against refugees in 2012 and 2013, Human Rights Watch said.

In January, the Kenyan nongovernmental organization Kituo Cha Sheria (Center for Law) filed a petition challenging the lawfulness of the December 2012 refugee relocation plan, under which all urban refugees and asylum seekers were supposed to leave Kenya’s cities and move to squalid, overcrowded, and closed refugee camps.

Kenya’s High Court ordered the authorities to suspend the plan until the court had reached a decision. On July 26, the court ruled that the plan would violate a range of refugee rights, including their right to free movement, their right to dignity, and potentially the right not to be returned to persecution, which the court said would be more likely if they were “aggressively” forced into squalid camps bordering Somalia.

On January 21, Human Rights Watch called on the authorities to drop their relocation plan, saying that Kenya had failed to show, as required by international law, that the plan was either necessary to achieve enhanced national security or the least restrictive measure possible to address Kenya’s national security concerns. Human Rights Watch said the plan also unlawfully discriminated against refugees because the policy allowed Kenyan citizens to move freely and denied refugees that right.

Human Rights Watch also said that transferring tens of thousands of refugees from the cities to closed refugee camps facing a funding shortfall of over US$100 million would violate a range of their other rights, including the right to free movement, the right not to be forcibly evicted from their homes, and the right not to have reduced access to basic rights – to food, livelihoods, health care, and education.

Officials announcing the relocation plan in December said the move would swiftly be followed by repatriation of Somali refugees to Somalia, despite the fact that most of south-central Somalia remains extremely insecure with ongoing conflict, killings, indiscriminate violence against civilians, and limited access for humanitarian agencies.

Human Rights Watch once again called on Kenyan authorities not to put pressure on refugees to return to Somalia. Such pressure would be in violation of Kenya’s obligations not to forcibly return – or refoule – refugees to situations of persecution or generalized violence.

“This judgment should serve as a wake-up call to the authorities about their most fundamental of obligations towards refugees,” Simpson said. “Kenya’s government should never pressure or force refugees back to places that threaten their lives and freedom.”