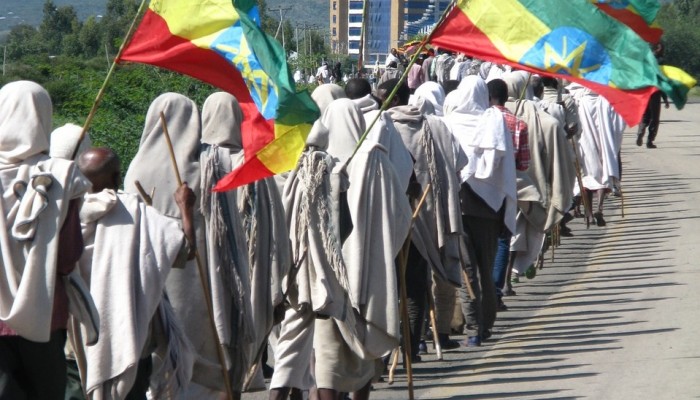 Dr. Tedros accused HRW and  its senior Ethiopian and Eritrean researcher, Felix Horne, of stoking anti-government protests through its false and negative reportage of the situation in the country.

In an article titled ‘Human Rights Watch encourages opposition violence in Ethiopia,’ Dr. Tedros criticized HRW and Ethiopian opposition groups in the diaspora for misrepresentations that re worsening the protests which led the government to impose a state of emergency.

‘‘The suggestion that there were hundreds killed originally came from members of opposition groups in the Diaspora who even claimed that hundreds were shot by helicopter gunships,” Dr. Tedros noted.

‘‘This was a palpable invention, but Human Rights Watch was quick to claim: “an unknown number of people, possibly hundreds, died during a stampede after security forces used teargas and gunfire.

‘‘One result of this, and similarly invented claims immediately after the tragedy, was an outburst of further demonstrations and attacks on property as well as a number of deaths in various parts of the Oromo regional state.”

‘‘It is very clear this happened because of the statements of Human Rights Watch and of the Diaspora opposition encouraging and feeding rumors,’‘ he added.

He also accused the rights body of ‘‘making considerable efforts to push the European Union to use its role as Ethiopia’s main development cooperation partner to force Ethiopia to accept an international investigation.”

Dr. Tedros charged Horne of writing articles on the Ethiopia protests without having the requisite information, giving interviews to Reuters and, last week, addressing the European Parliament’s Subcommittee on Human Rights with inadequate information.