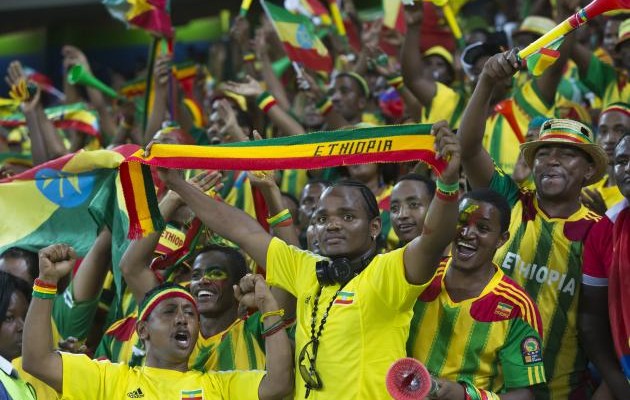 Ethiopia’s national football team kept their faint hopes alive of qualifying for the 2017 Africa Cup of Nations after beating Seychelles 2-1 at the Hawassa International Stadium in Awassa on Saturday.

The win gives Ethiopia a chance of qualify for the tournament as a runner-up.

After the visitors took a shocking lead, Getaneh Kebede’s first-half strike and a Saladdin Said penalty turned the tie.

The two best runners-up will join 13 group winners at the finals in Gabon.

The Ethiopian team needs eight other results to go their way this weekend if they are to reach their first Nations Cup since 2013 and only their second since 1982.

As the Group J table stands, Algeria, who would finish their campaign against Lesotho on Sunday, have already qualified from the group, with 13 points, while Ethiopia, in second place, has 11 points. Seychelles could only muster four, a point more than Lesotho.