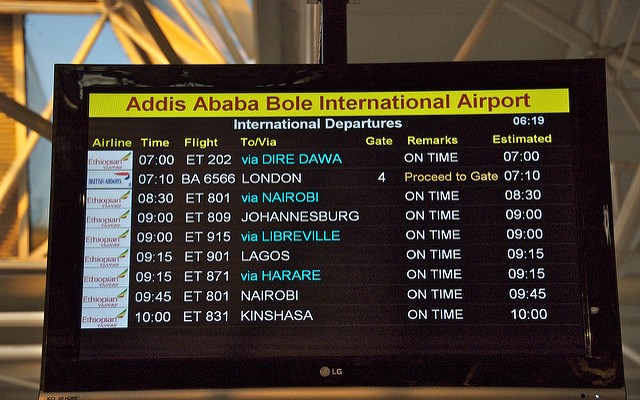 The U.S. has issued a travel alert for its citizens in Ethiopia due to a series of violent anti-government protests that has engulfed several regions of the East African country.

On Thursday, the State Department released the travel alert scheduled to expire on February 18th, 2017.

The alert warns U.S. citizens in Ethiopia to continuously assess their surroundings and personal safety since the anti-government protests are likely to continue and spread to other regions.

U.S. officials say the protests, which began last weekend in the Amhara and Oromo regions of Ethiopia, is likely to spread to Addis Ababa, the capital.

The protests turned deadly after security officials and demonstrators clashed. More than 20 people were killed while several others were injured in the clash, the Guardian reported.

The U.S. Embassy in Ethiopia reportedly could not readily communicate with its citizens because Internet, phones services, and cellular data were temporarily or completely shut down before and during some protests.

Ethiopia’s government spokesman Getachew Reda said the request for international observers was unnecessary since the UN already has a large presence in Ethiopia. He added that the Ethiopian government is responsible for the safety of its citizens, Aljazeera reported.

Ethiopian authorities say although the constitution permits peaceful demonstrations, the ongoing protests, which began in the Oromo region in November 2015, are being orchestrated by forces looking to destabilize the country.

The new wave of protests in Oromia is centered on demands for the release of people detained during the earlier protests, New York Times reported. Meanwhile, the unrest in the Amhara region started with demands that the Welkait community, which was recently placed under the Tigray region, be returned to Amhara.