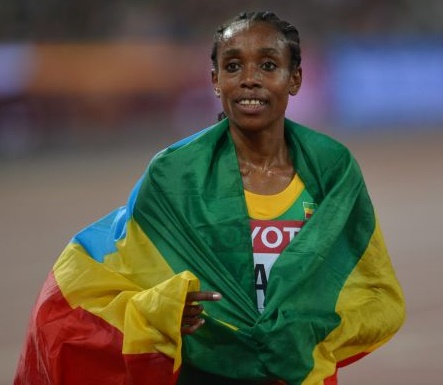 China’s Wang Junxia set the previous record with a time of 29 minutes and 31.78 seconds in Germany in 1993, AP reported.

Ayana, who also set a world record in June for the fastest 10,000-meter debut race, said every victory was “a dream come true.”

“I never thought that this would happen, and I’m so in awe. I’m very happy to get here,” Ayana said.

“My doping is my training. My doping is Jesus. Otherwise, I’m crystal clear,” she responded to a question about the recent doping scandals facing Ethiopian athletes.