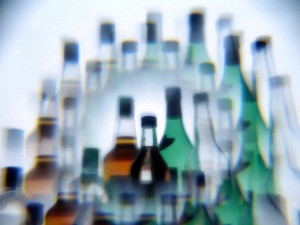 Police in Saudi Arabia have arrested several Ethiopian nationals who hid dozens of homemade hard liquor in a cemetery to avoid suspicion.

According to Emirates 24/7, the bottles of liquor were found hidden in graves in a cemetery located in the Southern Khamis Mushait town.

The total number of Ethiopian nationals arrested has not yet been disclosed. However, reports indicate that the culprits confessed to concealing the banned items in graves to avoid suspicion.

Saudi Arabia is one of the few countries in the world that enforces a complete ban on alcohol. Although several expats have been arrested and prosecuted for flouting the rule, local reports say the Ethiopian liquor bust is the first of its kind.

“This is the first of its kind in Saudi Arabia. It is one of the most heinous crimes as those criminals did not respect the sanctity of graves and had no fear of God,” an official told Saudi daily ‘Al Mawatin’.

Saudi Arabia’s strict application of the Koran ensures that alcohol production, importation and consumption is illegal. Tough penalties such as imprisonment or public floggings are meted to those who break the law.

The smuggler, who hid the bottles in his underwear, was arrested by Saudi customs officials who suspected his funny movements. The illegal bottles, which included popular alcohol brands, were concealed underneath the smugglers traditional white robe.