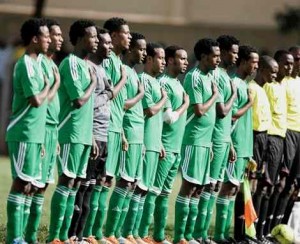 The Botswanan government has finally granted asylum to 10 Eritrean footballers who defected and refused to return home after losing a 2018 World Cup qualifying match earlier this month.

According to Dick Bayford, lawyer of the team, the players were officially granted political asylum on Wednesday.

Bayford, who works with the South African based Eritrean Movement for Democracy (EMDHR), said Botswana’s secretary for justice, defense and security Augustine Makgonatsotlhe confirmed the news.

Since Oct. 13, when Eritrea lost 3-1 to Botswana in the World Cup qualifier, the players have been held in a center for illegal immigrants in Francistown, Botswana’s second largest city.

Last week, the EMDHR voiced concerns that the players had not been provided with new clothes. They were reportedly still wearing their jerseys and had not be given soaps to bath of wash.

According to reports, all 10 players could now be transferred to another facility about 110 miles outside Francistown. Bayford said the athletes would be transferred to the Dukwi Refugee Camp located in the northeastern part of Botswana.

The defection of these players is the latest in an ongoing trend among Eritrean athletes, who use international competitions to escape their country and seek asylum. The United Nations has accused the Eritrean government of human rights violations.

Although, Eritrea government has denied these charges, thousands reportedly flee the country every year.

In 2012, 18 Eritrean footballers sought political asylum in Uganda after participating in a regional competition. In 2009, 12 players sought asylum in Kenya and six did the same in 2007, while representing their country in Angola.

Reports indicate that many Eritreans risk their lives to flee their home country in order to escape prolonged service in the army.

Bayford says some of the 10 players who have been granted political asylum in Botswana had been in the Eritrean army. They could face court martial if they return home. Eritrea reportedly punishes this crime with the death penalty.

It’s not clear if the players have been able to contact their family members back in Eritrea since their defection.

EMDHR, which represented the players, said they were raising money to pay the legal fees incurred in defending the players.