By Christabel Ligami and Adam Ihucha 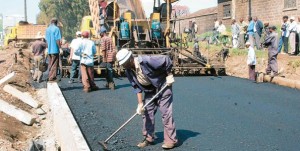 “Even though the distance is almost the same as that of the Central Corridor, Burundi will easily access the Mombasa port, which is more efficient in capacity and clearance time than the Dar port,” said Christian Nkengurutse, secretary-general of Burundi’s Chamber of Commerce. “Besides, there are fewer non-tariff barriers on the new route.”

The new route will branch off the Northern Corridor at Voi in Kenya, and after crossing into Tanzania at the Taveta border post, it will join the Central Corridor at Moshi. It will then run through Arusha to Singida in central Tanzania and into Bujumbura.

Tanzania has agreed to pay $13.13 million to 2,000 residents who will be displaced by the dual carriageway by the end of the year. Most of the residents to be compensated fall within the 40-km stretch between Arusha and Usa River town.

The Arusha regional manager for Tanzania Roads Network Agency, Deusdedit Kakoko, said they are evaluating tenders and the contractor will be selected by the end of November.