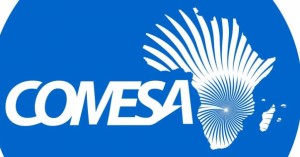 African manager-Ethiopia is intensifying the hunt for new markets within the Common Market for Eastern and Southern Africa (COMESA), a significant step that is expected to usher in a new era of trade liberalisation.
Ethiopia, which last March pledged to complete the process of joining the regional market’s Free Trade Area (FTA) by December 2014, hopes to tap the growing regional market to expand the market to the country’s growing industries.

Ethiopian state media reported the government of Ethiopia had finalized preparations to join the COMESA FTA, which would expand the country’s regional export base.

Ethiopia’s Ministry of Trade officials, told the state-run Ethiopian News Agency (ENA) that the country had been searching for markets for the increasing market demand of its industries, which had made it necessary to explore the new markets in the region.

Geremew Ayalew, the Trade Ministry’s official in charge of Trade Relations and Negotiations, said Ethiopia’s manufacturing sector had continued to improve in the production of manufactured goods and was now in need of new markets.

“The industries have been growing and are in their stage of producing items that meet international standards,” Geremew said.

Ethiopia and Uganda remain the only two non-signatories to the COMESA FTA. By joining the FTA, Ethiopia will commit to a free trade policy by eliminating taxes charged on goods from other COMESA states.

There would be no quota restrictions and other tariffs which make it harder for importers and exporters to trade. Recent research shows that by agreeing to join the regional free market area, Addis Ababa, would lose 3% of tax revenues.

Ethiopia is expected to negotiate and reach deals with neighbouring Kenya on a simplified Trade Regime under COMESA, to allow goods into its borders duty free.

Ethiopia is counting on the rapid development of the country’s manufacturing sector, through the involvement of foreign-based companies which brought new technology and knowledge to the local market, enabling industries to build their capability.

In 2012/13 financial year, Ethiopia’s total exports totaled US$3.1 billion, mostly driven by six main export products responsible for 80% of the revenues. The country’s imports shot up to US$11.5 billion, a 3.7% expansion during the same period.

Currently, Ethiopia offers only 10% preferential discount to other COMESA countries, although the government has been in talks for the market expansion.

Ethiopian officials say bilateral agreements have been concluded with 16 countries and efforts to access other sub-regional free markets like COMESA and international markets through negotiations with World Trade Organisation (WTO) continue.