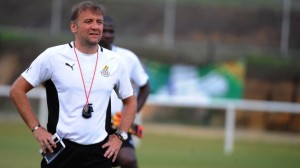 The Ethiopian Football Federation (EFF) has announced the rescission of the appointment of Portuguese manager Mariano Barreto as head coach of the country’s national men football team.

Barreto, who was hired less than a week ago, is being replaced after investigations reportedly disclosed the fact that he is unsuitable for the job.

The President of EFF, Juneidin Basha, told SuperSport that the federation came to the decision after consulting the Ghanaian Football Association – where Barreto served between 2003 and 2004.

He added that “The media was in a hurry to report on the appointment and yet we had not made a decision as the federation.”

Reports indicate that Serbian coach Goran Stevanovic – who has also had a stint as head coach of the Ghanaian team – has been selected by the Ethiopian federation.

Basha revealed that the federation has had problems contacting Stevanovic. However, he told SuperSport that “We will send him an invitation today so that he can come to Ethiopia [and] we [can] discuss modalities of employment and also his salary.”

Many Ethiopian commentators online had condemned the appointment of Barreto to manage the Walya Antelopes, highlighting his relative inexperience.

While Stevanovic does not seem much more qualified than Barreto on paper, he does seem to repose more confidence in Ethiopian football fans.