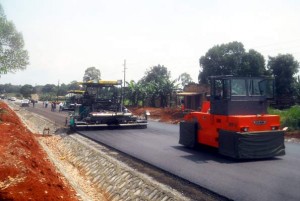 Residents of Hoima district of western Uganda, whose properties were affected by the construction of a refinery and road have reportedly filed two separate lawsuits against Uganda’s National Roads Authority (UNRA) concerning the compensation awarded to them.

According to a report by the Observer, about 86 people who rejected compensation from the government two years ago for their properties – located around where the refinery is to be built – have filed a case over the meager sum they were offered.

The group reportedly also contend that they have been illegally prevented from using their land since June 2012 without any restitution from the state.

Last year, a constitutional court amended the country’s Land Acquisition Act to make it illegal for the government to take possesion of the lands of individuals before they have been awarded mutually agreed compensation.

In the other suit filed at the High Court, residents of Kaiso-Tonya – whose properties were affected by the road rehabilitation project – are requesting an injunction against the further construction until the hearing is completed, according to the Observer.

The group argues that authorities began work on the road before they were compensated. They further contend that the sum they were presented is based on an outdated valuation of their properties.

In a report by New Vision, John Byabagambi, the Minister of State for Works, disclosed that the properties were valued based on rates provided by the district.

“Maybe the district failed to update the rates, so we are going to look for a way of verifying them,” he said.

Reports indicate that the rates are updated yearly and some commentators have speculated that the UNRA used figures from 2011/12.

A study by independent consultants of properties in Kaiso-Tonya in 2012 concurred with the petitioners that the sum being offered by the government (about Sh10 billion according to some sources) is reportedly too low.

Ugandan authorities have noted that land ownership disputes and unavailable information concerning the legal possessors of some properties has also affected the compensation.

Earlier in the year, the UNRA reportedly dispatched consultants to revise the compensation process after local leaders trumpeted the concerns of their electorates.

According to a report by Uganda Radio Network, the consultants collated the issues of many of the complainants in Buseruka, Kitoba and Hoima municipality during the exercise in February. However, it is currently unclear what decisions the review has inspired from the UNRA.

Reports indicate that the properties of about 1,500 people were affected by the Kaiso-Tonya road rehabilitation process. While about 7,000 are faced with the threat of eviction from their homes to facilitate the construction of the refinery in Hoima.

Meanwhile, investors in Uganda’s oil industry are beginning to express worries over the impact of this prolonged dispute on plans to begin oil production by 2018.

The High Court is set to hear the petition for an injunction on the construction of the road in July, according to reports.

Photo by ekimeeza.com: Work in progress on the Kaiso-Tonya road.