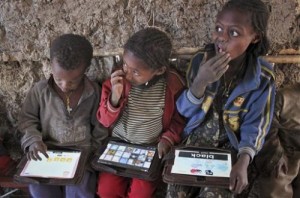 A rights group has accused the Ethiopian government of listening to and recording the phone calls of opposition journalists and activists.

According to a report released on Friday by Human Rights Watch, the government monitors perceived political opponents outside and inside the country.

This latest allegation follows a series of accusations by journalists and citizens against the government for reportedly spying on them.

Last month, several Ethiopians residing abroad are reported to have accused their government of using sophisticated technology to hack into their computers as well as monitor their private correspondence.

According to reports, a suit filed in a federal court in Washington by Ethiopian dissidents claims the government is responsible for alleged cyber-attacks and is requesting payment of damages.

Reports indicate that the plaintiff requested anonymity for fear of endangering his life and that of his family.

In a separate case, an Ethiopian refugee residing in London has asked the British police to probe possible hacking by FinSpy, reports indicate.

Tedesse Kersmois filed a complaint requesting the investigation of Gamma Group, a British-based company that manufactures the FinFisher software.

Reports indicate that Ethiopian journalists based in the United States have made similar allegations.

Human Rights Watch, in its report, claims that Chinese company, ZTE, provides most of the monitoring technology to Ethiopia.

In 2012, observers alleged that Chinese authorities offered the Ethiopian government equipments that would promote political repression, such as surveillance cameras and equipment for jamming satellites.

Observers have also voiced fears that China may aid Ethiopia in increasing mobile phone and internet censorship and surveillance in the future.

Analysts say the government’s monopoly over the telecommunications sector and poor infrastructure has prevented the development of information and communication technologies (ICTs) in Ethiopia.

Consequently, Ethiopia reportedly has one of the lowest mobile phone and internet penetration rates in the African continent. This notwithstanding, Ethiopian authorities maintain a strict control system and the country remains the only nation in Sub-Saharan Africa to have adopted national internet filtering.

Photo by phys.org: Children with their tablet computers in Wenchi, Ethiopia.