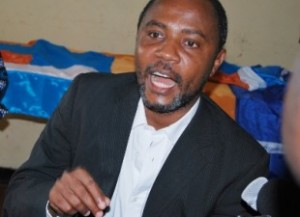 21 members of the Movement for Solidarity and Democracy (MSD) have been sentenced to lifelong incarceration after a court in Bujumbura found them guilty of armed revolt on Friday.

The group of about 70 MSD members and supporters, who have also been charged with contempt for law enforcement officers, were arrested earlier in the month after they clashed with the police during a demonstration.

According to AFP, 26 members of the group were given shorter sentences ranging from 2 to 10 years, while 22 of them have been acquitted.

Members of the MSD have criticized the sentences passed on their colleagues. According to numerous accounts, the group had set out to jog peacefully before they were intercepted by the police on that fateful day.

Burundi has a long history of political division, and many opposition groups have accused the government of increasing repression to weaken the opposition before the nation’s highly anticipated elections in 2015.

The General Secretary of the MSD, Francois Nyamoya, has described the trial of his colleagues as a “judicial farce.”

Meanwhile, members of the party have disclosed that the sentences will be appealed. The defense team has also alleged a violation of the judicial procedure by the court, noting that 2 minors are among the sentenced group.

The Chairman of the MSD, Alexis Sinduhije, who led the demonstration on March 8th, is currently on the run. However, officials have disclosed that he will also be charged once he is apprehended.

Last week, Burundian officials announced that the MSD has been suspended for four months due to the clashes.

Burundian officials have also restricted jogging groups and the areas they are allowed to operate.

The United Nations and several observers have directed the government and opposition groups to exercise restraint and engage in dialogue to resolve their brooding dispute.

Widespread accusations of manipulation during the 2010 elections forced virtually all the opposition parties to boycott the polls. Many commentators have warned that such a turn-out is not unlikely in the upcoming elections, considering the growing division between political groups in the country.

Meanwhile, on Friday, legislators turned down the government’s controversial plans to alter the constitution.

Many members of the opposition have noted that the intended amendments to the country’s constitution would have violated several aspects of the 2000 Arusha peace accord that brought an end to many years of war.

Photo by Africa Times: Chairman of the Movement for Solidarity and Democracy (MSD), Alexis Sinduhije.