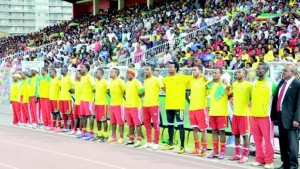 Numerous football professionals around the world are looking to take up the position of head coach of the national football team of Ethiopia – the Walya Antelopes – which has been without a manager after Sewnet Bishaw was fired in February.

Reports indicate that about 27 applications have been delivered from three continents (Africa, Europe and South America).

The President of Ethiopia’s Football Federation (EFF), Juneidin Basha, told SuperSports that the application process has been completed and the federation “will immediately embark on shortlisting the coaches so that we can narrow down to the best and eventually appoint the best from the group.”

The dismissal of Bishaw came as a surprise to many last month. Despite the Walyas’ abysmal performance at the African Nations Championship in South Africa (CHAN), the team was still rated fairly high by many pundits.

Reports indicate that only two Ethiopians have dropped their applications for the job. It is currently unclear if any other African coaches have also officially registered their interest in the position.

However, Mr. Basha told the press in February that some top African coaches had expressed their willingness to take up the vacant post.

Sources indicate that the EFF will unveil the chosen candidate in April.

Meanwhile, former head coach, Bishaw, has revealed that he holds no grudges against the federation or the fans over his sudden discharge.

At least two players have retired from the national team, since the end of the CHAN tournament last month, reportedly due to many uncontrolled tirades by fans about the team’s awful performance in South Africa.

The two players – former captain Degu Debebe and Aynalem Hailu – noted that their decision is a result of growing concerns for their safety.