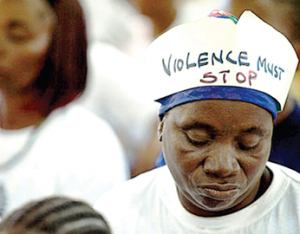 A study by Tanzania Media Women Association (TAMWA) has revealed that more cases of gender based violence were reported last year than a year ago.

The 10-day study by 30 journalists released this month notes that rape, early pregnancy, child marriages, abandonment of women and children, as well as domestic violence have been on the rise in the 30 administrative regions of the nation.

Zanzibar reportedly has the highest rate of gender based violence nationwide with almost a thousand cases reported in the archipelago last year alone.

While the numbers paint a vividly disturbing picture of this growing social menace, many pundits have noted that only a fraction of Tanzanians take their cases to the police.

Reports indicate many victims believe that there are very weak prospects of getting justice even if they do report their cases.

Observers have noted that cultural practices which promote patriarchal dominance and early marriage of females have been conducive to the growth of gender based violence.

While a majority of the reported cases of gender based violence portray women as the victims, police sources say cases involving male victims exist, but they generally go unreported.

The authorities continue to prod civilians to report instances of gender based violence they encounter, but many are reluctant to do so.

According to some pundits, the justice system is too slow and oftentimes offenders slip through without punishment.

Many Tanzanians have reportedly therefore turned to out of court justice or simply kept mum about any abuse that they sustain.

Police officials say the fear of stigmatization does not allow victims bare all the details of their attack, which in turn lowers the possibility of the police bringing the perpetrators to book.

While several activists have called for the nation’s security organs to be overhauled, the police continues to insist they are executing their duty effectively.

In the nation’s draft constitution released late last year, several notable laws have been created to secure the rights of women, and promote their participation in leadership.

Also last year, ActionAid, TAMWA and several other organizations including Tanzania Gender Networking Programme (TGNP) launched a programme called Gender Equality and Women Empowerment (GEWE II), which is aimed at raising awareness about gender based violence in hopes of getting more people engaged in the fight against it.

TAMWA is currently operating several safe houses for victims of gender based violence.

Photo by Daily News: A woman at a rally organized by Tanzania Media Women Association (TAMWA).