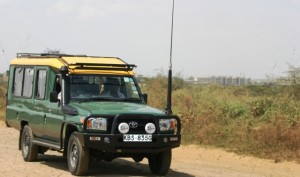 Tourism officials from Kenya and Tanzania have entered into a deal that will enable tour operators convey tourists to selected locations in either nation.

According to a report by Daily Nation, the agreement was signed by the cabinet secretaries for Kenya and Tanzania, Phyllis Kandie and Lazaro Nyalandu respectively, during a meeting in Arusha last week.

Officials have noted that the agreement between Tanzania and Kenya supports the overall East African Community integration scheme and is expected to boost business between the two nations.

But the chairman of Tanzania’s Society of Travel Agents, Moustafa Khataw, has expressed his disapproval for the new deal. According to him, the restriction had benefited Tanzanian commercial drivers, who conveyed visitors from the nation’s  borders.

While Kenya and Uganda have reportedly permitted tour operators from other East African nations free entry into their territories, the governments of other East African Community states have not enacted laws to create a similar situation.

Protests by Kenya, Uganda and Rwanda over this issue at East African Community meetings in the past was reportedly one of the main reasons for the gathering of tourism ministers from the five countries in Arusha last week.

On Thursday, reports indicate that the leaders of Kenya, Rwanda and Uganda launched the much anticipated single visa scheme.

Officials have disclosed that the new initiative will see visitors pay $100 for a 90 day visa that permits entry to all three nations. This deal replaces the current status quo where visitors are required to pay $150 at each entry point for a visa.

It is currently unclear when the governments of Burundi and Tanzania, who have been categorized as the ‘coalition of the unwilling’ (in reference to their advocacy for a gradual approach to regional integration), will join the union.