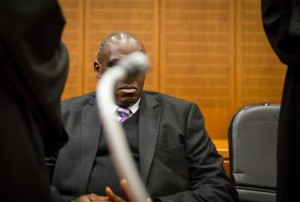 An ex-mayor of Muvumba province, north-eastern Rwanda, has been sentenced to 14 years in jail by a court in Germany, after he was found guilty of complicity in the 1994 genocide which left almost one million people dead.

The trial of the 56 years old Onesphore Rwabukombe, who reportedly moved to Germany in 2002, began three years ago and has reportedly involved close to 100 witnesses.

The accused was charged with ordering and coordinating the massacre of over one thousand Tutsi civilians who had sought refuge in a church in his province.

Although the prosecution allegedly sought a life sentence for Rwabukombe, the Frankfurt court ruled to have him serve 14 years in jail.

This is the first case heard by a German court relating to the 1994 genocide.

Pundits have criticized the decision to hear the trial in Germany, noting that foreign courts are not usually equipped to handle the complexities of genocide cases.

Several suspects implicated in the 1994 genocide of Tutsis and moderate Hutus have been tried and sentenced in Rwanda, Tanzania and several other countries around the world.

In February, a French court opened the trial of a suspect of the 1994 Rwandan genocide, Pascal Simbikangwa. This trial is seen as a major step towards bringing evasive perpetrators of the 1994 genocide to justice – many of whom are reportedly on exile in the Democratic Republic of Congo and France.