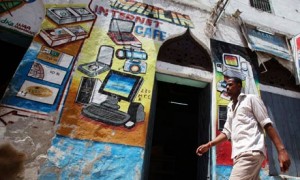 Members of the militant Islamist extremist group, al Shabab, have attempted to violently impose their ban on mobile internet and fibre optic connectivity in Somalia this past week.

According to reports, on 22nd January, the terrorists forcibly breached the premises of telecommunication companies in areas under their control in southern Somalia.

Local media sources also reported, last week, that residents of southern Somalia revealed their phones had been searched by members of the al Qaeda-linked group.

As a result of these developments, Hormuund Telecom, one of the main internet service provider in Somalia, is reported to have imposed restrictions on mobile internet connection in the areas under the control of the terrorists.

According to local reports, although subscribers of the telecom provider can still make phone calls and receive text messages, they can no longer access the internet on their phones.

It is currently unclear if Dalcom Somalia, the other main telecommunication service provider in the country, will also comply with the terrorist’s directive.

Due to the war in Somalia, the country was one of the last in the region to get internet access. Currently, only about 2% of the population are estimated to have constant internet connectivity.

Several observers have remarked that the limitations are likely to negatively affect the penetration of internet in the hinterland of the country, after the long-awaited fibre optic technology was introduced in November 2013.

Although the Somali government has denounced the directive by the terrorists and has promised to work with the telecommunication agencies to ensure that their services are uninterrupted, the ban has been effected with some success.

In the statement issued on the 6th of this month, al Shabab threatened to deal with anyone who refuses to comply with their order according to sharia law.

The terrorists, who have also placed bans on the use of smartphones, say they believe locals may be spying on their activities for foreign security agencies. Reports have emerged that civilians who violate the terrorist’s laws are imprisoned in makeshift cells.

It is for similar reasons that the group have placed limitations on the operations of aid agencies in the areas under their control, forcing many to completely abandon their outreach efforts in these regions.

Although the Somali Army and African Union Mission in Somalia (AMISOM) forces have successfully limited the territories under the control of al Shabab to a few communities in southern Somalia, the group still pose a deadly threat.

In response to the recent integration of Ethiopian forces under the AMISOM command, al Shabab have reportedly rallied its followers to increase their attacks on the forces.

According to a statement by the group’s spokesman Ali Mohamud Rage to AFP, this directive was issued after a clandestine meeting of the group’s leaders last week.

After over 20 years, the war in Somalia continues to rage, sometimes even spilling into neighboring countries. Reports have surfaced that the United States government has plans of re-deploying its troops in Afghanistan to the east African nation to support the war against the spread of terrorism in the region.

Photo by Ismail Taxta/Reuters: A man walks past an internet cafe in Somalia. Internet cafes had been the primary source of connection for many Somalis prior to the introduction of broadband about a year ago.