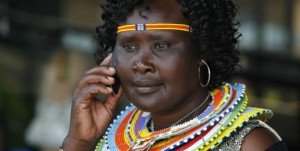 Communications and Technology officials from Kenya, Rwanda, Uganda and South Sudan have agreed to institute uniform call charges in the region.

At a meeting in Kigali on Monday, representatives of the four nations discussed ways to implement standard call rates to promote cross-border interactions.

The move, which is also expected to reduce roaming charges, was reportedly initiated over concerns that calls between east African nations are currently quite exorbitant.

According to local sources, in the past few years several east African governments – including Rwanda, Uganda, Tanzania and Burundi – have increased taxes on international calls. This has, as a result, led network operators to increase the cost of calls made to these nations.

Lamenting on the state of things, the executive director of the Ugandan Communications Commission, Godfrey Mutabazi noted that “We are working towards the East African common market. Why should it be cheaper to call America than across the region?”

He revealed that the process to set uniform call charges between the four countries has already begun.

“We want to see why and what we can do to harmonize these charges as a way of facilitating the [EAC] integration,” he revealed.

Last year, at a meeting in Nairobi, the Information and Communications Technology Ministers of South Sudan, Kenya, Uganda and Rwanda formed a committee to  review the call tax and charges of the four nations.

The committee, which will also look into internet fees,  is expected to complete the studies and present recommendations on how common charges can be instituted by February.

Despite being rated as the second most populous continent in the world, Africa has one of the lowest mobile and internet penetration rates.

However, according to recent surveys, the use of mobile phones and internet has increased dramatically in the past few years in Africa.

Several critics have underscored the high cost of calls between east African nations as one of the reasons there has not been a rapid increase in cross border ventures, despite the fact that the foundations for a regional common market have been laid.

Currently, only one mobile network is reported to operate between all the countries in the East African Community.

Therefore, many locals say they are forced to switch their networks once they cross between one country and another.

However, all this is expected to change with this agreement.

An official from the Communications Commission of Kenya stated that the nations are working to ensure communications between the four countries is “at a reasonable cost.”

“If the right policies are put in place, we can see that happen. Communication can be much cheaper,” he added.

One of the reasons reportedly brought up to justify the current high internet and call costs in the region was the fact that operators had relied mostly on satellites.

But over the past few years, several undersea fiber optic cable projects have been launched in the region. Observers say this is expected to cut internet and call costs dramatically over the next few years.