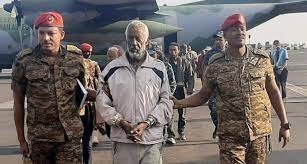 Nine mass graves have been discovered in Wolkait-Tegede and Telemt zone of Amhara regional state, a study conducted by Gonder University of Ethiopia has revealed.

The study said at least 59,000 ethnic Amhara civilians were massacred and buried together in 12 mass graves including in the three mass graves that are found in Tigray region.

Witnesses said the Tigrayan forces used to massacre in the middle of the night as part of their ethnic cleansing strategy against the people in Wolkait-Tegede and Telemt zone.

Five of the mass graves were found along the Talima River between Wolkait and Tegede, said the study which confirmed that larger numbers of the victims were massacred in 1981.

Witnesses said the place was referred to as “Gehanam” and the study described the dead as “innocent farmers, priests, children and women and famous people in the zone.”

Remains of 36 civilians were uncovered as the unearthing of the dead bodies began last week. The University’s committee  said the unearthing requires heavy machines like dozens of excavators.

The innocent civilians had been killed by the direct command of Sebehat Nega, founder of the Tigray People’s Liberation Front which has been fighting with the government of Ethiopia since November 2020.

Sebhat Nega is currently living in Ethiopian capital, Addis Ababa  after he was released two months ago following amnesty granted to him by Prime Minister Abiy Ahmed.