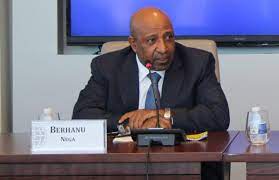 The government of Ethiopia has spotted more than 200,000 fake degree certificates, the majority of which are offered to government officials.

The country’s Higher Education Relevance and Quality Agency on Saturday announced about the fake certificates and called for invalidation by the country’s Ministry of Education.

According to information reaching Zegabi.com, the ministry is confused about what to do because its action could affect activities and services of government offices in which the counterfeit degree holders are working.

The agency said it has traced a university college which had been offering up to 15,000 fake master degrees in a year while other had given counterfeit degrees even after it was closed.

According to a study conducted by the Government Expenditure Management and Control Office of Ethiopia some regional offices will badly be affected if the government starts invalidation.

The agency blamed government officials and justice institutions for collaborating with the university colleges which have been issuing fake certificates.

The Ministry said it would taking “decisive action to crack down on degree fraud” that “cheats genuine learners”.

Meanwhile, the Ethiopian National Defense Force has withdrawn its troops from Awara-Godana district in Minjar Shenkora in Ethiopia’s Amhara region for undisclosed reasons.

The withdrawal of the defense force from the area has created a sense of fear among the residents who warned that the OLF troops  could kill mothers and children.