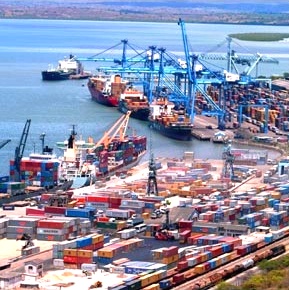 The government of Kenya have launched the pilot phase of a new electronic cargo clearance system, which could significantly reduce delays and cut costs associated with clearing imports and exports at the country’s borders.

The new Kenya National Electronic Single Window System (KNESWS), which will be run by the Kenya Trade Network Agency, is expected to reduce cargo clearance time at the Mombasa port to a maximum of three days. The system will also facilitate collection and tracking of levies, fees, duties and taxes by cutting manual payments.

The CEO of Kenya Trade Network Agency, Alex Kabuga, said “When a parcel arrives (at Jomo Kenyatta International Airport), it takes about five days to remove it. I think this is unacceptable.”

“The country aims to cut cargo clearance times at the port of Mombasa to a maximum of three days from the current seven to fourteen days and at Jomo Kenyatta International Airport (JKIA) to one day,” added Amos Wangora, the agency’s General Manager for Operations.

Kenya’s port of Mombasa is the main gateway to East Africa, but traders often report expensive delays in clearing their goods. At the moment traders are required to get permits and pay levies to about twenty-four government agencies before their goods can be cleared.

In the pilot phase, the KNESWS will bring together the services offered by seven of the 24 agencies. Once the system has been proven, it will be rolled out progressively to the remaining agencies. All ports, airports and borders across the country will eventually be covered.

The system is designed to be completely paperless, thereby allowing traders fill out all the required forms on one website.

Kenya currently ranks 129th out of 189 countries in terms of the ease of doing business, way behind regional trade rival, Rwanda, which ranks 32nd. This coupled with expensive delays in the permit processes continues to deter investors from doing business in the country.