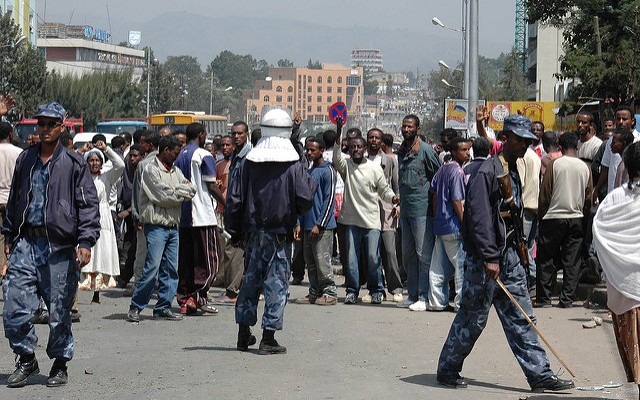 Jawar Mohammed, political analyst and executive director of the Oromia Media Network (OMN), believes the Ethiopian government would kill him, should he return to his homeland.

“I am probably the most wanted person by the Ethiopian government and I think the government is willing to kill me if they have a chance,” Mohammed, who is based in Minneapolis, alleged during a phone interview with IBTimes UK. “Every time I appear on television, for the last few months, the government is all over the place condemning me and calling me a terrorist, an agitator and an enemy of the state.”

In October, Ethiopia declared a six-month-long state of emergency following unrest in Oromia, and occasionally in Amhara.

The response to the protests, labelled as the biggest anti-government unrest Ethiopia has witnessed in recent history, has resulted in the death of more than 500 people since November 2015, a figure the government later confirmed.

Mohammed is a strong supporter of the protests as he believes Ethiopia “needs a regime change and the installation of a government elected by the people.”

Under the state of emergency, Ethiopia banned certain media outlets, including OMN.

“The government believes OMN and social media, Facebook particularly, are used to mobilise, agitate, coordinate people. The government sees this as a way to undermine their control over the population,” Mohammed claimed.

Mohammed believes it is too dangerous for him to go to Ethiopia right now. However, he said he is planning to return.

“Going back is not an option at the moment, but in the future, I will return and fight with my people,” he said.