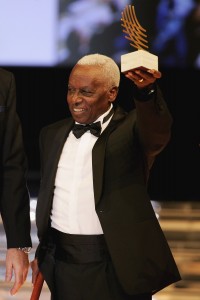 Ethiopia’s legendary long distance coach Dr. Woldemeskel Kostre has died on Monday at the age of 69. The exact cause of his death has not been revealed

Kostre, who guided Ethiopia to claim 28 of its 38 Olympic medals, had reportedly been sick for a long time.

“We have lost Dr. Kostre but he had been ill for a long time. Dr. Kostre was a very strict man but he showed me how to behave. He gave discipline a top priority,” Ethiopian long distance legend Haile Gebrselassie said.

Kostre has been credited as the force behind Ethiopia’s success on the tracks since the 1980s when he became the country’s athletics head coach.

He coached some of the country’s most reputed athletics stars including Birhane Adere, Derartu Tulu, Haile Gebrselassie, Kenenisa Bekele and the Dibaba sisters (Tirunesh Dibaba and Ejigayehu Dibaba).

Kostre is said to have been a promising athlete in his younger years, but he gave up running to study. He was reportedly scheduled to represent Ethiopia in the 1964 Tokyo Olympic Games. However, he declined after receiving a scholarship offer to study sports science in a Hungarian university.

Dr. Kostre was named Coach of the Year by the International Amateur Athletics Federation (IAAF) in 2006.