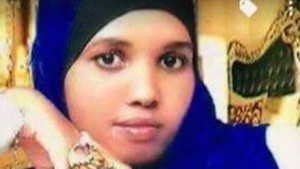 A 21-year-old Somali migrant to Australia, identified as Hadon Yasin, is recovering from burns after she set herself on fire on Tuesday in an apparent protest against the living conditions in a migrant detention center in the island of Nauru. This is the second such self-immolation incident in the camp in less than a week.

According to Refugee Action Coalition, an air ambulance was called in to transfer Yasin to Australia. She is said to be in critical condition. A source told The Guardian that Yasin’s burns are much worse than that of an Iranian man identified as Omid Masoumali, who set himself on fire in front of United Nations officials last week Friday.  Omid died of the injuries he sustained from the incident on Sunday.

These self-immolation protests have highlighted Australia’s hardline immigration policy; which sees illegal migrants shipped off to detention centers in Nauru and Papua New Guinea. Many migrants are forced to stay in these centers for years without any change in their status.

According to the United Nations High Commissioner for Refugees (UNHCR), there are about 2,000 asylum seekers in Australian detention camps in Nauru and Manus Island, Papua New Guinea. The UNHCR has condemned the state of affairs in these camps, adding that the “situation of these people has deteriorated progressively over time.”

“The consensus among medical experts is that conditions of detention and offshore processing do immense damage to physical and mental health,” the UNHCR said in a press release.

Following Yasin’s self-immolation protest on Tuesday, Australian Immigration Minister Peter Dutton accused advocates of “encouraging” migrants to take actions that will pressure the Australian government to back-down on its immigration policy. He slammed the recent incidents, saying they “are not protests.”

Meanwhile, the spokesperson for the Refugee Action Coalition Ian Rintoul has said that the incident “is another self-harm attempt that is Peter Dutton’s responsibility.”

Yasin had reportedly been at the Nauru detention center for about three years before she suffered a head injury and was transferred to Australia for treatment in November last year. She was forcibly taken back to the Nauru camp last week Wednesday.