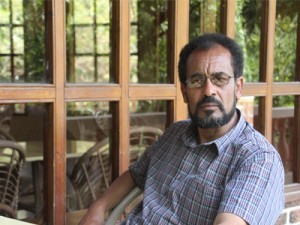 The United States (US) has expressed concern over Ethiopia’s indictment of prominent opposition figure Bekele Gerba and 21 others on terrorism charges under its much criticized Anti-Terrorism Proclamation (ATP).

The defendants, which includes students, civil servants and members of the outlawed Oromo Federalist Congress (OFC), were reportedly arrested in connection with the violent Oromo protests late last year.

Reports indicate that besides one Kenyan citizen, all the others accused are from Addis Ababa and towns within the Oromia region.

The charges against the 22 includes but is not limited to encouraging violence, causing the death of innocent civilians, destructions of property and alleged membership to the outlawed OFC.

Last week, the US urged Ethiopia to stop using the ATP as a tool to prosecute opposition members.

“We again urge the Ethiopian government to discontinue its reliance on the Anti-Terrorism Proclamation law to prosecute journalists, political party members, and activists, as this practice silences independent voices that enhance, rather than hinder, Ethiopia’s democratic development” a US report read.

The US government also urged Ethiopia to respect and follow due process in the case of the detained 22.

The US praised Ethiopia’s pledge to address the legitimate concerns of its people and it’s acknowledgment of the fact that security forces were responsible for some of the violence in the recent ended Oromia protests.

Despite the praise, the US report said Ethiopia is yet to bring the guilty security forces to book. The report also points to the continued incarceration of people arrested during the protests in Oromia.

Bekele Gerba, the first secretary of the opposition OFC, served about eight years prison for belonging to the banned OFC.

In January, Bekele made headlines after staging a hunger strike in protest of the appalling treatments he received while in detention. The complaints include denial of visits from family members.

In March, Bekele also appealed to the court over the inhumane treatment he and the 21 other defendants face in detention. He revealed that all the defendants were kept in a 4x5m cell with a single toilet.

The defendants have since been relocated to prisons by the Addis Ababa Prison Authority. Before the court’s relocation order, all 22 defendants had been detained at the notorious Ma’ekelawi Centre.