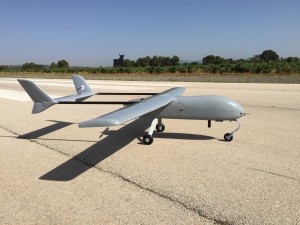 Drones are set to deliver thousands of sterilized flies to Ethiopia in a revolutionary bid to combat the spread of Trypanosomiasis – a disease caused by tsetse flies.

Tsetse fly bite can infect both humans and animals. Every year about 10,000 people are estimated to be infected with sleeping sickness (or Trypanosomiasis). If left untreated, the disease which affects the central nervous system can be fatal.

The disease affects animals – particularly livestock – by causing a muscle-wasting paralysis, which eventually leads to death. This poses a threat to Ethiopia’s economy and food security.

Ethiopia’s agricultural sector reportedly provides 43 percent of the country’s GDP and 85 percent of its total employment.  As such, a spread of tsetse fly infection, which is already devastating livestock, has detrimental effects.

The ‘Drones Against Tsetse’ project, which is being run by Spanish drone company Embention, is aimed at controlling the population of tsetse flies in Africa. The first phase of the project would begin in Ethiopia.

The first step of the project involves using radiation to sterilize hundreds of thousands of male flies. The technique known as Sterile Insert Technique (SIT) would leave the flies without the ability to procreate. It is currently being conducted in facilities in Addis Ababa.

This batch of sterilized flies will be released into the air via drones. The sterilized male flies are expected to drastically reduce the tsetse fly population in Ethiopia. This will, in turn, cut down the number of human and animal infections.

The project is supported by the Ethiopian Ministry of Livestock, the United Nations Food, and the Agricultural Organization. The International Atomic Energy Agency, which encourages the use of nuclear technology in biological research, is also one of the organizations behind the project.

The Ethiopian government is yet give the final approval for the project. However, the go-ahead is expected to come in a few months. The project has already been tested in Spain.

Reports indicate that the same sterilization technique could be used in the fight against mosquitoes in Africa. However, this depends on the success of the project in Ethiopia.