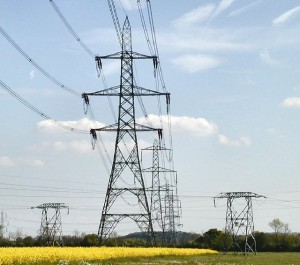 Ethiopia is experiencing power cuts and this may become a frequent phenomenon as low rainfall has left dams with depleting water levels.

On Monday, Bezuneg Tolcha, spokesman for the Ministry of Water, Irrigation and Energy confirmed that the black-out was caused by technical difficulties. However, the specific details of the technical faults, which reportedly affected a 320-megawatt Tana Beles plant in Amhara state and a substation of the Gibe 1 and 2 plants located in the Oromo region, have not been disclosed.

“There has been a shortage of rain all over the country,” Tolcha said. “The dams have not collected as much water as they can collect.”

Prime Minister Hailemariam Desalegn reportedly said last week that the dams were not functioning at their optimum hence the power cuts. According to Bloomberg, he said severe water shortages, which is affecting large parts of the country, is a key contributing factor.

The water shortages have seen the Tekeze Hydropower Project, which has a 300-megawatt capacity, producing as little as 10 megawatts.

Ethiopia’s oldest dam located at Koka on the Awash River also is also experiencing water shortages. The 153-megawatt Melka Wakena plant located in the east of the Oromo region was also affected.

The power cuts come at a time that Ethiopia is grappling with the effects of severe drought. The dry condition, which is affecting millions of people, was caused by the warming of the surface water in the Pacific Ocean due to the El Nino climatic phenomenon.

“Ethiopia is currently experiencing one of the most powerful impact of El-Nino on record, which came on the heels of failed spring rains, the so-called belg rains,” said Kyung-Wha Kang, UN Deputy Emergency Relief Coordinator.

“The lack of rainfall and subsequent drought has led to a massive spike in food, nutrition and water needs across the country.”

The United Nations (UN) estimates that the drought has left 8.2 million Ethiopians in need of food aid.

Ethiopia’s rapidly growing economy depends on agriculture, but the shortage of rains and drought challenges this expansion. However, the country, which is the second most populous in Africa, is already constructing what would be the largest power station on the continent.

The construction of the Grand Ethiopian Renaissance Dam (GERD), which will have a capacity of 6,000-megawatt, is scheduled to be completed in 2017. Once completed, the dam is expected to have a positive impact of the country’s rising economy.