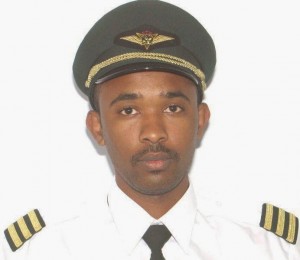 Swiss authorities have acquitted an Ethiopian Airlines pilot after ruling that he was mentally unstable when he hijacked his own plane with 202 passengers aboard and rerouted it to Geneva to seek political asylum.

The Swiss Attorney General said all charges will be dropped against 32-year-old Heilemedehin Abera Tagegn. The announcement was made this week after a psychiatric evaluation concluded that he was suffering from paranoia when the incident occurred in February 2014.

Swiss psychiatrics say although the incident was premeditated, Tagegn suffered from paranoia. Thus, he was was unable to aptly judge the situation when he hijacked the plane, which was heading to Rome from Addis Ababa.

“Experts have unanimously decided that he was in a state of complete paranoia during the fact,” his lawyer Philippa Currat said.

Although acquitted, Tegegn will still stand trial before the Swiss Federal Criminal Court. The Court will ascertain the best method of treatment he should undergo.

Heilemedehin Abera Tagegn, who has been confined in a guarded psychiatric ward, will remain there pending the trial.

Tagegn reportedly took control of the Boeing 767-300 when his Italian co-pilot left the cockpit to use the restroom. He reportedly locked his co-pilot out and changed directions to Switzerland. Afterwards he sent out a coded signal saying he hijacked the plane.

Fortunately, the flight landed safely; none of the 202 passengers and Flight ET-702 crew members were injured.

Tagegn surrendered to Swiss authorities after exiting the plane via the cockpit widow with a rope. He reportedly asked for political asylum soon after landing.

He said he fears his life is in danger in Ethiopia.

The Swiss government subsequently granted him asylum and refused a request by Ethiopia for his extradition. The governments chose to trial him in Switzerland instead.

Nonetheless, in March, an Ethiopian high court found Tegegn guilty and convicted him after a trail in absentia. He was sentenced to 19 years and six months in prison for his actions.