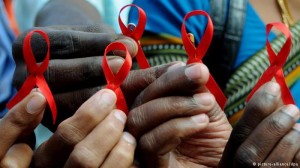 Three medical groups have delivered a petition to President Yoweri Musuveni in protest against the country’s recently approved HIV/AIDS Prevention and Control Bill.

The Global Network for People Living with HIV, Uganda Network on Law, Ethics and HIV/AIDS as well as the International Treatment Preparedness Coalition have requested that the leader does not approve the controversial bill, as, they argue, it could have the reverse of its intended effect, according to local sources.

The bill had reportedly faced similar opposition from humanitarian groups when it was originally being tabled in parliament a few years ago. This eventually forced legislators to make some amendments to it.

As it currently stands, the bill criminalizes wilful transmission of the deadly virus and enforces routine status tests for pregnant women and their partners, as well as victims of sexual assault. The bill further empowers medical professionals to divulge the status of a patients to his/her partner if there are sufficient grounds to believe the patient has chances of infecting the partner with the virus.

However, opponents of the bill have explained that fear of stigmatization and separation will prevent many people from determining their HIV status. Local sources say presently one of the biggest problems in tackling the spread of the virus is convincing people to take the test. Critics also argue that it will be difficult to prove instances of wilful infection of the disease as many people claim to be ignorant of their status.

The petitioners have requested that the Ugandan government holds further discussions with health experts and other stakeholders to resolve these issues.

Until recently, Uganda has been touted as one of the most successful countries in sub-Saharan Africa at controlling the rate of HIV/AIDS infections.