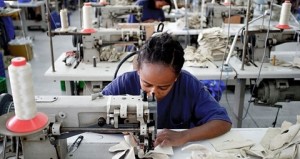 Ethiopia’s clothing sector is experiencing a spate of rapid growth which is set to transform it into one of the most important industries in the country.

Driven by a conducive regulatory climate, cheap labour and the availability of high quality cotton, some of the world’s most renowned textile manufacturers and retailers are looking to set up shop in Ethiopia.

Turkish textile manufacturer, Akber, as well as India’s ShriVallah Pittie (SVP) Group have both intimated plans of constructing mills in Ethiopia worth $175 million and $550 million respectively.

Meanwhile, reports indicate that international retailers Hennes and Mauritz (H&M) and Tesco are also planning to set up in the country.

Earlier this month, a delegation of United States investors in the clothing industry visited Ethiopia to inspect the country’s financial prospects.

Mr. Mark Green, the vice-president of Phillips-Van Heusen (PVH), who lead the delegation, revealed that he was impressed by the country’s efforts to industrialize by creating an attractive business environment for investors.

Reports indicate that the country’s textile industry has impressively garnered about $84 million in the first nine months of this fiscal year.

Currently, there are over 60 clothing factories and up to 15 textile mills in Ethiopia, according to official sources.

The Minister for Industry, Sisay Gemechu, has recently disclosed the government’s plans of creating special industrial zones for the textile and leather industry.

Nonetheless, critics have also called on the government to revise the country’s tax laws and trading regulations.