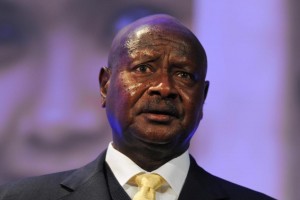 The Ugandan government has agreed to some compromises to appease its western partners after the country’s enactment of a contentious law against homosexuality in February led to aid cuts.

According to a report by The East African, the government has vowed to provide treatment for homosexuals under the national HIV prevention scheme and also ensure they are protected from threats and harassment.

These concessions come as anti-homosexual sentiments are running high in Uganda. Reports indicate that homosexuals are ridiculed and attacked by mobs and face discrimination at public health centers.

The rate of suicide among homosexuals has reportedly also increased, with a large percentage of them allegedly opting to skip the country.

The Ministry of Foreign Affairs has further disclosed that a private unit has been made available at the Mulago National Referral Hospital for homosexuals to receive medical care.

However, Ugandan officials insist that the Anti-Homosexuality Act, which prescribes life imprisonment for repeat offenders and requires people to report violators, has not been repealed or amended.

President Yoweri Musuveni’s signing of the bill earlier in the year attracted accusations from several western governments that Ugandan authorities are infringing on the fundamental human rights of the country’s lesbian, gay, bisexual and transgender (LGBT) community.

While the United States government has noted that a review of the nation’s relationship with Uganda will be conducted. Denmark, Norway, Sweden and the World Bank have reportedly made aid cuts in a bid to twist the Ugandan government’s arm.

After a meeting with Ugandan authorities, the head of a European Union delegation to Uganda, Kristian Schmidt, has revealed that aid will not be used to blackmail Uganda into legalizing same-sex relationships. His comments come in the wake of several pessimistic accusations to that effect by online Ugandan pundits.

Many commentators have also noted that the move by these European nations risks estranging them from the Ugandan populace – among whom tempers are running quite high against western interference in local affairs.

However, Scmidt’s assurance that no more aid cuts will be made and the US government’s deployment of additional military support to Uganda to hunt renowned rebel leader Joseph Kony a few weeks ago, has led many commentators to speculate that the worst part of the crisis is over.

Despite allegedly boastful comments from Ugandan officials that the country can do without western aid, reports indicate that Uganda receives more than $2 billion dollars from her international partners yearly – making about a-fifth of the nation’s annual budget.

Schmidt told the press that the EU delegation had come close to reaching an agreement with the Ugandan government on the divisive issue during their close door meeting a few weeks ago. He also revealed that the deliberations will be resumed with Ugandan officials after the EU-Africa summit in Brussels.