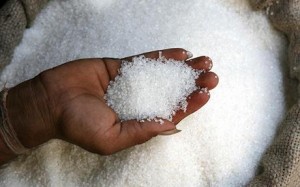 The Ethiopian Sugar Corporation has revealed that an expansion project on the nation’s largest sugar mill has been completed and the plant is set to resume operation later in the month.

The Tendaho One Sugar Mill, located in the Afar Region of Ethiopia, reportedly now has a capacity to produce 13,000 TCD (Tonnes of Crushed Cane per Day).

Reports indicate that this is only the first of a two-phase project. The mill is reportedly set to be further empowered with a capacity of 13,000 TCD – bringing its total output to 26,000 TCD (i.e. 619,000 tones of sugar, 55.4 million liters of ethanol and 120 MW of electricity annually, according to Walta Information Center.)

Asrat Kebede, the director of the Ethiopian Sugar Corporation’s follow-up plans, has disclosed that the plant is expected to produce about 750,000 tons of sugar yearly, according to Addis Standard.

Ethiopian Sugar Corporation, founded in October 2010, has revealed plans of developing the country’s sugar industry to compete internationally. To this end, the corporation has set about expanding the country’s major sugar processing plants and constructing 12 new mills.

Sources have disclosed that expansion works on the existing factories have been completed, while construction of the new mills are coming according to plans – with a deadline for the commencement of operation of 7 of the factories reportedly set for 2016.

In January, the Ethiopian Sugar Corporation disclosed through Twitter that it is set to achieve its budget targets. The organization has also noted that it has completed about 70% of its Growth and Transformation Plan ahead of the deadline in 2015/16.

Although Ethiopia’s sugar industry has steadily grown from about 600,000 tons produced in 1961 to more than 2,700,000 tons in 2012, local sugar consumption rates have not displayed a corresponding growth.