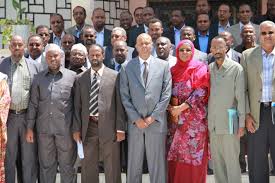 The executive arm of the Somali government, on Monday, approved a budget of $218 million for the 2014/15 fiscal year.

The sum, which is more than twice the nation’s budget for the past fiscal year (about $114 million) is expected enable the government improve security, healthcare delivery, infrastructure and economic development.

Unlike on previous occasions, a large percentage of the funds for this budget is expected to be generated in the country.

Somalia has depended on donors for funds and other assistance for many years. However, after one of the country’s largest donors – Turkey – announced that it will be cutting direct budgetary support to the desolated nation on the horn of the continent, many pundits highlighted the need for reforms in order for the government to generate funds internally.

In the beginning of this month, Somalia’s Cabinet finalized a new tax system, which seeks to rake in funds through a combination of direct and indirect taxation on corporations, goods, properties and service providers.

Africa Review quotes the director of budgets of the Finance Ministry of Somalia, Ahmed Abdi Aden, who notes that the comparatively large budget for the 2014/15 fiscal year is “mainly based on income expected to derive from local sources of funds like collection of tax and duties.”

Reports indicate that the plan has been forwarded to the Somali parliament for its assent.

The Somali government is struggling to build on the rubble of over two decades of war. The Federal Government of Somalia, formed in 2012, continues to struggle to function administratively due to massive corruption and the ever present threat of attacks from al Shabab.