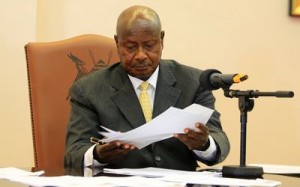 Uganda has accused the World Bank of blackmail after the institution postponed its issuance of a $90 million loan over the country’s adoption of a controversial anti-gay law.

Reports indicate that  the World Bank suspended healthcare funding as a direct response to the presidential assent of the bill recently.

Other donor nations have allegedly also criticized the bill and could potentially withhold aid to the East African nation.

A week after the Ugandan President signed the bill, the consequences of that decision are emerging as donors start withholding aid, reports indicate. Sources say donors have withheld at least Shs 262 billion thus far.

Analysts say the action by World Bank is unusual because this institution normally avoids political involvement. The loan postponement is reportedly the largest economic penalty imposed on the East African nation since the enforcement of the law.

Reports further indicate that Denmark and Norway had earlier announced that they would withhold $9 million and $8 million respectively.

A spokesman for the World Bank told the BBC that the institution had suspended the project pending further review to prevent the development objectives from being negatively affected by its reaction to the newly enacted law.

On a similar note, Mogens Jensen, Denmark’s Minister for Trade and Development says that his country cannot distance itself too strongly from the law and the signal sent by the Ugandan government.

During an interview with CNN, President Museveni stated that he signed the law to show Uganda’s sovereignty despite Western provocation and pressure.

The Ugandan president further said that he would work with Russia since they do not interfere with other countries’ politics.

HIV/AIDS activists and health experts in Uganda warn that ordinary people stand to lose because the proposed cuts by donors will hinder their access to fundamental health services.

According to Dr. Stephen Watiti, a senior health officer at a local hospital that specializes in treating HIV/AIDS patients, the cuts would considerably affect the delivery of HIV/AIDS medications.

The doctor further proposes discussions between the donors and the government to prevent serious consequences.

According to reports, the United States has not yet officially announced its plans to withdraw aid. However, Scott DeLisi, the U.S. ambassador to Uganda, told the BBC that Washington would consider cuts.

According to reports, Uganda has been among the largest recipient of international aid. The Overseas Development Institute (ODI) states that the African country obtained $1.6 billion in 2011, with the U.S. being one of the major donors.

Some analysts say World Bank’s decision to target Uganda’s health sector is unfair because the decision to enact the law was political. Meanwhile, observers have urged Ugandan President to ensure the protection and safety of every citizen.