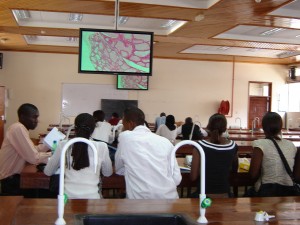 The government of Kenya has declared it would shut down all unaccredited colleges and training institutions operating in the country.

Dr. Kipsang, the Permanent Secretary for education, made this statement at a graduation ceremony this past weekend at the African Institute of Research and Development Studies, situated in Eldoret.

The PS also asserted that he would ensure that accredited institutions have the necessary infrastructure and training personnel to offer premium training and education. According to Dr. Kipsang, this move will protect unsuspecting students and parents from exploitation by unscrupulous parties who offer substandard training and education to the youth.

Mrs. Sambili also stated that every established institution should be consistent with the country’s policies and needs. Furthermore, the accommodation and premises should be sufficient and suitable. Supposedly, the government was to close about 395 technical, vocational, and training institutions, who according to the report made in 2010, were operating illegally.

Concerns over the increasing number of unaccredited institutions in Kenya is not new. Relevant education authorities have on numerous occasions cautioned against enrolling in institutions purporting to provide diplomas and degrees without government approval.

In 2010, the Commission for Higher Education alleged that institutions such as Nations University lacked the government’s approval to provide degree programs. The education authority further added that despite this, these institutions have continued to offer dubious programs. Pursuing educational programs at unaccredited institutions has a far-reaching implication on parents, students, and society.

Given the number of institutions that crop up in Kenya, the government is under pressure to crack down on all unaccredited learning institutions. According to Samuel Oduor, a management expert, education has become a lucrative sector, thereby promoting the establishment of new colleges and institutions at an unprecedented rate. He therefore cautions students against enrolling in unrecognized institutions.

The demand for higher education in Kenya has surpassed supply, leading to an increase in the  number of students reportedly seeking alternative institutions in various colleges. While the government is cautious not to dent the financial boost received from the education sector, it recognizes that bogus institutions damage the reputation of Kenya’s education system.