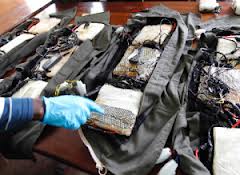 The Dutch embassy in Kenya has warned that foreigners are at risk of attack, following Wednesday’s discovery of a large quantity of explosives on a bus by police in Kenya’s capital Nairobi.

Kenya has seen a series of grenade and gun attacks since October 2011, when its troops went into neighboring Somalia in pursuit of al Qaeda-linked insurgents it blames for kidnapping security personnel and Western tourists from its territory.

On Wednesday Kenyan police discovered 403 rolls of ammonium nitrate explosives inside boxes apparently containing books on a bus in Nairobi, but had few details about who was behind the parcels.

Government spokesman Muthui Kariuki said although Wednesday’s discovery may have spooked some embassies, that there was no threat to foreigners in Kenya.

“The country is safe, there is nothing to worry about,” he said on Friday. “The government is in control.”

The Dutch embassy issued a security warning on Thursday evening advising its residents to stay away from places where foreigners congregate. It said it had received indications that an attack could take place on Thursday or Friday.

“We advise you throughout Kenya to be extra vigilant and to avoid such places,” the embassy said.

A spokeswoman for the Dutch embassy in Nairobi confirmed the warning was sent to Dutch citizens living in Kenya, but could not provide any extra information.

In the past investors and tourists in east Africa’s biggest economy have been rattled by attacks in Nairobi, on Kenya’s Indian Ocean coast and regions bordering Somalia.