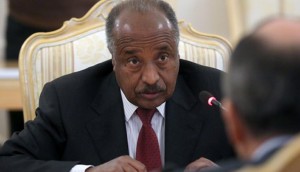 Eritrea’s government has blamed the mass migration of its citizens on a politically-sponsored conspiracy designed to destabilize and isolate the country by tarnishing its image.

Eritrea’s Foreign Minister Osman Saleh made the claims during a conference in Italy themed “Sustainability of Migratory Phenomenon; towards a new model of dialogue.”

According to Saleh, young people in Eritrea have been targeted by a “migratory conspiracy and protracted psychological warfare to lure them away from national defense and development responsibilities by attracting them to a promising ‘heavenly life.'”

The minister admitted that economic conditions in Eritrea might also be a factor triggering the mass migration. However, he argued that the pursuit of better opportunities is not peculiar to Eritreans.

Saleh claims that the number of Eritreans reportedly fleeing the country monthly has been inflated by international organizations.

“Sensationally manipulated statistics and the perceived number of Eritrean migrants frequently quoted by the UNHCR” have been inflated to tarnish Eritrea’s reputation, he said.

According to Saleh, several cases of Eritreans seeking asylum have been orchestrated to project an image of a country on the brink of crisis.

“This criminal activity has the involvement of some countries, organizations, surrogate anti-Eritrean groups and pseudo-human rights activists,” he added.

A large percentage of Eritrean migrants allegedly flee their homes due to human rights abuses.

A mandatory military service, which begins at 18, is held as another reason why many Eritreans risk their lives to enter Europe. Although the service is supposed to last for 18 months, it allegedly goes on for decades.

Saleh denied reports that human rights abuses and repressive government policies are the cause of the mass migrations. He also dismissed reports that Eritreans who return home will be persecuted.

“Thousands have already returned voluntarily, thus exposing the myth and perception on the fear of ‘return and persecution,'” he said.

Saleh called for a collective effort to fight illegal migration and human traffickers benefiting from it.

Eritreans make up a large part of the immigrants seeking asylum in Europe. About 39,000 of the 154,000 migrants that entered Europe in 2015 via the Central Mediterranean Route are Eritreans.