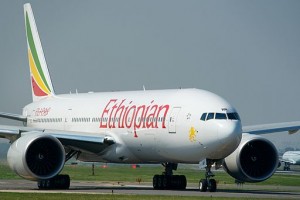 Police in Sweden have revealed that a 27-year-old stowaway was found alive on Monday aboard an Ethiopian Airlines flight from Addis Ababa to Stockholm.

The man, whose identity is yet to be disclosed, was reportedly discovered in a freight container in the cargo area of an Ethiopian Airlines passenger jet.

Swedish police spokesperson Lars Bystrom said after the man was discovered, paramedics and police officials were called in. Although the stowaway was tired from the 10-hour long journey, medics say he was healthy and did not require medical treatment.

“We know that he has travelled in the container from the Ethiopian capital Addis Ababa without any stops. It’s a pretty long journey,” Stockholm police official Carina Skagerlind said.

Reports indicate that the Ethiopian stowaway has submitted an asylum application to Sweden. According to Swedish authorities, the asylum request has since been sent to immigration officials.

Sweden has also launched an investigation into the incident. The inquiry will focus on a suspected case of human trafficking.

A similar incident occurred in August last year. A stowaway from Ethiopia was found in the cargo hold of a flight heading to Stockholm. The man, an employee at Addis Ababa’s Bole Airport, hid in the airplane’s cargo hold. The stowaway, who spoke through an interpreter, also requested for asylum.