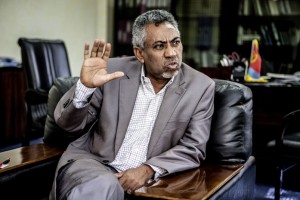 Eritrea has reiterated its commitment to maintaining its controversial conscription policy, which analysts say is one of the main reasons why Eritreans make up a substantial part of migrants group entering Europe via the Sahara desert and the Mediterranean Sea.

The military service – mandatory for citizens between the ages of 18 and 40 – is supposed to last for only 18 months. However, it allegedly goes on for decades with the government reserving the right to arbitrarily extend the duration of a person’s service.

According to the United Nations, about 5,000 Eritreans flee the country yearly out of fear of being conscripted. While a heavily sanctioned Eritrea acknowledges the threat that these mass migrations poses to its economy, Asmara insists that conscription is a national security necessity.

Eritrea has been under a state of emergency since 2001 – a year after the end of a bloody border war with neighboring Ethiopia. Asmara has dismissed several calls pushing for the end of the controversial conscription policy.

“You are talking about prolongation of national service in response to…. continued belligerence by Ethiopia,” Eritrea’s Information Minister Yemane Ghebremeskel told Reuters.   “Demobilization is predicated on removal of the main threat.”

Eritrea is aware of the mass migration of its young people, which it estimates at around 3.6 million. Yemane said “the government is doing the utmost it can do, under the circumstances.” However, he said solutions to deter young people from migrating to Europe will not include cancelling the conscription program.

According to Reuters, Eritrea has been working toward increasing the salaries of national service officials. The country is also printing new money and investing in the mining sector. Although, western diplomats have praised this strategy, which is financed by the European Union, many say it is insufficient.

Last month, Eritrea and the EU signed a 200 million Euro cooperation agreement focusing on the development of renewable energy and governance.

The National Indicative Program (NIP) aims to support Eritrea with the development of affordable, clean and reliable energy. The program will support Eritrea in harnessing it rich reservoir of wind, solar and geothermal energy.