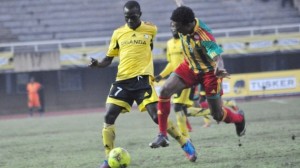 Hosts Ethiopia and Uganda will face-off in the semifinals of the 2015 Cecafa Senior Challenge Cup on Thursday after defeating Tanzania and Malawi respectively.

Ethiopia advanced after a trilling match against Tanzania on Monday at the National Stadium in Addis Ababa. Tanzania opened the scoring in the highly contested game when Captain John Bocco headed a goal in the 25th minute. Ethiopia missed several chances in the match which saw the Tanzanian’s control the rhythm.

However, the tie changed after Ethiopia equalized in the 57th minute with a penalty goal from Gatoch Panom. Although both teams strived to get the winning goal, the game ended in a 1-1- draw and headed to penalties – the first of the East African regional annual competition.

Ethiopia started the competition slow, only advancing to the quarter finals after an own goal from Tanzania who they faced in the group stages. However, the team will have to be on their best when they play against tournament favorites Uganda on December 3rd at the same stadium.

The Cranes of Uganda earned their spot in the last four after defeating Malawi 2-0 on Monday. The Cranes are highly rated and have convincingly won all three of their last matches. So far only Kenya has recorded a victory against Uganda – the Cranes lost 2-0 in the opening group game.

The Cranes will be looking to capitalize on their winning momentum ahead of the match against Ethiopia.

“We played a good team, Malawi now, four matches, three wins and not conceding in three. This is good motivation ahead of Thursday,” the coach of the Ugandan team Milutin ‘Micho’ Sredjovic said.

In the other quarterfinals to be played Tuesday, Sudan will face-off against South Sudan for the second time in a week. Rwanda and defending champions Kenya will compete in the second quarter final match.