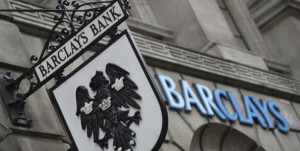 VENTURES AFRICA –(Kampala)- As Africa continues to attract solutions to its infrastructure challenges, the Barclays group has indicated its readiness to fund some of the huge infrastructural projects in Uganda.

This was disclosed at a meeting between the bank officials and Uganda’s Minister of Finance, Maria Kiwanuka. Cases of projects that the bank financed in Kenya, Ghana, South Africa and Ethiopia were brought forth in order to present a compelling proposition.

Rajih Shah, head of Barclay’s East Africa Investments emphasized that the services of the bank went beyond just financing projects. In his words; “We are open to fund government projects. In Kenya, when they decided to issue a Eurobond, we were so much involved. We were their lead arrangers. Being involved does not mean just providing money only; we can do other things including advisory services.”

He further revealed that huge opportunities existed for investors in the Eastern African region and the Barclays group wanted to spearhead some of the biggest deals in the region. The Minister made it clear that the country would be looking for the best rates and conditions.

“We need the money for the income generating activities ‐ power stations, ICT projects where there are income streams. We need the very best terms possible. Our role is to mobilize and maximize resources and allocate them efficiently.” said Minister Kiwanuka.

Barclays may have India & China to contend with as it positions to fund efforts to bridge the infrastructural gap in Uganda. Recently, Minister Kiwanuka said that the government was wooing the Exim bank of India to help provide funds for the development of Namanve Industrial Park. On the other side of the table, China has been a long standing financial partner, funding some of the biggest projects in Uganda.