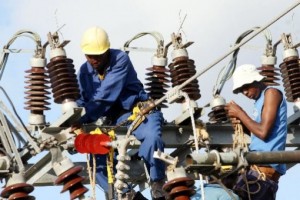 The Reporter (Addis Ababa) – In a bid to curb the recurrent power cuts, the Ethiopian Electric Services has installed 248 transformers in Addis Ababa and the regional states.

The new transformers are expected to augment the existing old transformers which can hardly cope with the ever- increasing power load. In an exclusive interview with The Reporter, Alemyehu Tegenu, Minister of Water, Irrigation and Energy, said that there was no shortage of electric power in the country. Alemayehu said the cause of the power cuts is related to the old power distribution lines. According to him, the power distribution network and the electric transformers are over-loaded.

The country now has an installed generation capacity of 2,268 MW from hydro, wind, geothermal and thermal energy. The electric power demand is increasing at a rate of 32 percent every year. Every year more than 700 MW of new power demand is created due to the flourishing manufacturing sector. According to the minister, the current demand for electric power is more than 2000 MW.