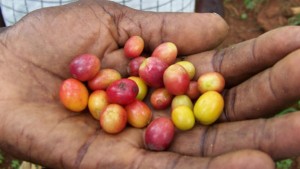 Uganda Coffee Development Authority (UCDA) has recorded a steady rise in both the volume and value of coffee exports this year.

According to pundits, this is directly linked with the prolonged drought in Brazil. The rise in coffee prices and the supply gap caused by the shortage of rainfall has reportedly forced buyers to turn to other markets; like Africa.

Since the beginning of this year, many coffee-growing countries in the continent have reported an increase in the demand for the highly flavoured beans.

The authorities have underscored the fact that perennial crops like coffee and tea will play a crucial role in alleviating high poverty levels in the country.

Nonetheless, reports indicate that in some African countries the volume of coffee exported has grown sluggishly as buyers continue to insist on lower prices. Also, pundits say local coffee consumption rates have increased notably and has affected the total volume of the beans exported.