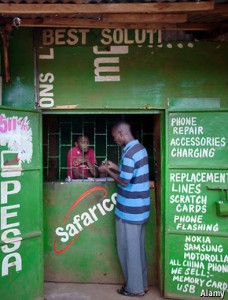 The Information Communication Technology Association of Kenya (ICTAK) has demanded that the authorities reject an application for a license renewal from one of the country’s leading mobile network operators.

In a letter to the Communications Authority of Kenya (CAK), the association claims Safaricom has failed to comply with the guidelines for telecommunication network operators in the country.

According to ICTAK’s letter, Safaricom continues to provide sub-standard service and does not provide compensatory talk time to customers to make up for instances of network failure.

While the company has blamed its network problems on insufficient spectrum. The petitioners say “service quality largely depends on proper network planning and optimization rather than deployment of additional spectrum.”

ICTAK has threatened to take the case to the Supreme Court if the communications authority ignores its petition.

Meanwhile, Cabinet Secretary for the Ministry of ICT, Fred Matiangi, has noted that the renewal of Safaricom’s operation license is set to be finalized once the company satisfies certain requirements. The deadline for the renewal of the licenses of telecom operators in the country is in June.

Pundits say Safaricom’s dominant position in the Kenyan market is under threat after the company revealed that it will open its M-Pesa shops to other network operators. This decision comes ahead of a ruling by the communications authority on the issue.

The director of corporate affairs of Safaricom, Nzioka Waita, explained that “Due to the growing pervasiveness of mobile money platforms globally, it is now necessary to pursue a standards-led discussion on interoperability.”

While many commentators agree that these developments will have an impact on Safaricom’s 18 million-plus subscribers, it is unclear to what extent the network operator will be affected.