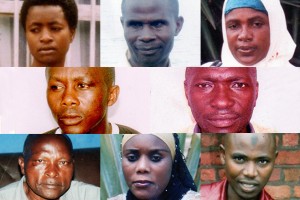 Rwanda Police have dismissed allegations by a human rights advocacy group that the state is guilty of involvement in several cases of enforced disappearances in the country since March.

A report by the VOA last month quotes the Assistant Commissioner of Police, Damas Gatare, explaining that the charges are “false, baseless and have no evidence.”

However, he noted that the police currently have 35 people in custody who were apprehended during a recent anti-terror exercise.

According to a report by Human Rights Watch released in the middle of last month, an increasing number of people are being reported missing in Rubavu and Musanze districts of the country’s Western and Northern Provinces respectively, as well as in Kigali.

The advocacy group further points to the clear involvement of state agents in some of these cases.

Reports indicate that there are growing concerns over the spate of these disappearances among locals. Some relatives of the missing people claim they have not been in contact with their loved ones for weeks and have no idea where they currently are. While the police have assured the public that they are looking into these cases; not much progress has been reported thus far.

According to HRW, some of the people currently being detained by the government may be suspected of having links with the Democratic Forces for the Liberation of Rwanda (FDLR) – a rebel group based in the Democratic Republic of Congo (DRC).

The Rwandan government has been accused of stifling free speech and political freedom. Pundits say the country’s security operatives may have violated the constitution many times under the guise of curbing the activities of armed opposition groups.

The Rwandan government continues to war with rebel groups made up of members and loyalist of the former Hutu government, who absconded to the neighbouring DRC after the ruling Rwanda Patriotic Front (RPF) took over in 1994.

As it stands presently, it is unclear if all the missing people are in the government’s custody or have been victims to an undocumented crime.