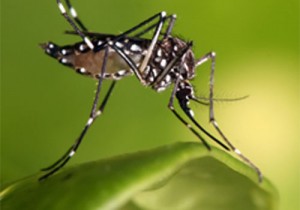 Medical experts say cases of the harrowing Chikugunya disease have been recorded in Uganda.

Although this is not the first time the mosquito-borne virus has been found in Uganda, or the East African region,  it’s resurgence comes in the wake of increased awareness of its debilitating effects.

According to New Vision, the latest Chikugunya infections have been recorded around River Semliki and the West Nile region – where the unique disease-bearing aedes aegypti mosquito can be found.

There is no widely accepted cure for Chikugunya. Medical professionals therefore place a lot of emphasis on prevention and early diagnosis of this disease, which is particularly known for its painful effects on the joints.

Besides Uganda, Chikugunya has – at different times – also been recorded in Tanzania, Kenya, Burundi and Sudan, as well as several other western and eastern African nations.

For several years, medical experts say it has generally been limited to rural communities in the hinterland. However, global warming and rapid migration is thought to be two of the main factors that have influenced the spread of this virus to other continents since 2004.

Last year, the World Health Organization (WHO) reported that over a hundred cases of Chikugunya had been recorded in the Caribbean islands.