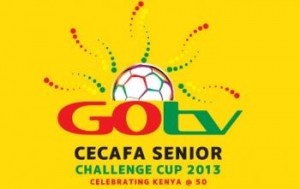 The harambee stars of Kenya yesterday recorded a historic 2-0 victory over the falcons of Sudan to win their 6th CECAFA title on the nation’s 50th independence day.

The victory, besides giving the nation more reason to celebrate, establishes Kenya as a rising force in east African football after many years of under-performing.

The harambee stars dominated the game from kick off despite the poor condition of the pitch.

Allan Wanga, captain of the team, scored both goals—one in each half. The first goal came from an inch perfect header from a cross by David Owino in the 35th minute. The captain recorded the second goal in the 69th minute by sliding to put a cross from James Situma past the falcon’s goalie.

The Nyayo National Stadium was uncharacteristically loud yesterday as many Kenyans ecstatically celebrated their nation.

This is the first title the team has won under Algerian coach Abdel Amrouche, who took charge of the team in February. Several Kenyans have expressed optimism that the coach can lead the team to more victories in the continent and possibly beyond.

In other related news, Zambia finished 3rd place in the CECAFA 2013 tournament after beating Tanzania in a penalty kick. Both teams scored one goal each in a tightly contested match leading to the penalty kick, which Zambia won 6-5.

Teams Detained in Hotels
Several teams have been detained at their hotels in Nairobi over unpaid bills.

According to reports, the national teams of Zanzibar, Burundi and Eritrea have been detained in their hotels in Kenya pending the payment of their bills and the provision of their return tickets by the Federation of Kenyan Football (FKF).

The FKF is responsible for providing accommodation and return flight tickets for all teams participating in the CECAFA cup hosted in Kenya.

Earlier in the tournament, the Burundian team is reported to have been detained in their hotel ahead of their clash against Tanzania for similar reasons.

There have been reports that the FKF was not completely prepared to host a tournament of this magnitude. Officials noted that although the tournament was being run on a tight budget, it was expected to go smoothly.

There is a characteristic low attendance to football matches in Kenya—sometimes even when the coveted harambee stars are playing. Pundits say the inability to generate substantial income through match tickets greatly affected the FKF’s ability to cash in on the event.

In other counties, local authorities are reported to have paid for the hotel bills and return flight tickets of teams lodging in their territories to enable them return to their home countries. Also former title holders Uganda are reported to have paid for their hotel bills and return ticket themselves and departed following their painful elimination from the tournament in the quarter-final stage.